The Coalition Against Payday Predators (CAPP) recently posted about major banks enabling payday loans to continue. A new poll of North Carolina residents found that 72% of respondents said they would be less likely to vote for a lawmaker who supports a bill that would allow payday lending in North Carolina. 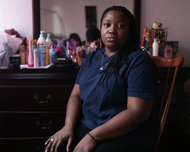 With 15 states banning payday loans, a growing number of the lenders have set up online operations in more hospitable states or far-flung locales like Belize, Malta and the West Indies to more easily evade statewide caps on interest rates.

While the banks, which include giants like JPMorgan Chase, Bank of America and Wells Fargo, do not make the loans, they are a critical link for the lenders, enabling the lenders to withdraw payments automatically from borrowers’ bank accounts, even in states where the loans are banned entirely. In some cases, the banks allow lenders to tap checking accounts even after the customers have begged them to stop the withdrawals.”